Shopping Cart
Your Cart is Empty
Quantity:
Subtotal
Taxes
Shipping
Total
There was an error with PayPalClick here to try again

Thank you for your business!You should be receiving an order confirmation from Paypal shortly.Exit Shopping Cart

Miss YOGA and the DANCER

Michelle started out as a personal trainer 6 years ago, after teaching a variety of classes and working with people on a one to one basis who wanted to change the shape of their bodies she found that yoga had results like no other exercise. After ten years of training as a freestyle karate student flexibility was something she found very easy, however the strength and muscle definition that came from yoga was something new. Combining her love of tough workouts and after studying to be a yoga teacher in London in 2006, she developed a class that was powerful yet personal. The influences of Iyengar and Ashtanga yoga are evident in both Michelle's classes and in her personal tuition, however she allows development at a personal level. Sessions are designed to improve flexibility, strength and muscle tone in a flowing style, you can work as hard as you like in her classes (however she does demand as much effort as you can muster!). The benefit of this style of yoga to dancers is that it allows more freedom around the joints, making dancing much more efortless. It also enables you to engage muscles that would not normally be worked, thus improving core strength and posture-crucial for those of you who wish to dance into later life!

Michelle has been teaching Franklyn in a class environment for six months now and has seen vast improvements in flexibilty and strength in such a short space of time. To find out how it has helped his dancing and teaching...well I guess you'll have to go and see!

For more infomation on Yoga

Franklyn and the CHAMP! Lance Lewis

Tai chi qi Gong are the name given to a group of Breath exercises over 3 thousand years old. Further translation of the term Qi gong refers to its kinesiatrics which means the curing of illness through muscular movement.

Tai Chi Qi Gong contains 18 movements which, when done in a repeated manner encourages the flow of Chi through the body.Also anybody wishing to study Tai Chi should first learn the Tai Chi Qi Gong which makes the learning of the tai Chi form much easier.

I introduced Franklyn to Tai Chi in the late nineties,he attended my intro class and slowly (very slowly) he's now starting to appreciate the art. He still holds onto my shirt tail till this day.He has introduced me to salsa. We now do skills swap Salsa for Tia Chi Qi Gung classes and instead of me running around a fighting ring, he is preparing me to dance around a dance floor.

Another translation is Breath exercises.

According to Toast and yogic views, the breath carries a vital biological charge, a negative ion of energy. All ancient cultures and now western science have a name for this non physical form of energy that permeates/flows through all things.

• In India it is called Prana

• The Africans in Ancient Kemet/Egypt called it Za

• It is known as Kla in Ghana

• In China it is known as Chi

It is known as Mana, by the Polynesian Hunas

In Western science, this energy is now known as low level Electromagnetic energy. This form of energy contains a negative ion, which is a tiny highly active molecule that carries negative electrical charges. These negative ions are in higher concentration in clean unpolluted air.

Many cultures have methods and techniques to enhance and manipulate this form of energy, ranging from the dream time of the Koori (Australian Aborigines) to the dancing of the Sufi’s. In most cases they were an integral part of the spiritual fabric of the culture, as such they were considered holy and the province of the Shaman, priest/ warrior/scientist class. For example Tai Chi and Chi Gung techniques/ movements were closely held secrets by Taoist Buddhist monks and by certain families.

After thousands of years of painstaking observation and experimentation via physical movement and meditation, ancient priest/warrior/scientists discovered that this non physical form of energy travels down pathways in the body, and corresponds to specific organs . They also concluded that the actuating force behind this energy is the constant movement of energy between two poles/extremes known as Yin and Yang in China .The electromagnetic fields are produced and enhanced by techniques of breath control, physical movements, visualisation, meditation and intent.

This is the name given to the group of physical movements that were developed over 3 thousand years ago in order to use this non physical form of energy, the then Chinese called Chi. These Martial Arts are known as Tai chi, Hsing 1, Ba Gua and Chi Gong. These are a continuation of the most effective fighting techniques of ancient China fused with the Nei gong system of internal power development.

China realised that by having their population practice the internal arts in the mornings and in open spaces, reduces the amount of medical attention needed.

After the revolution, China found itself with less than half of its former medical personnel, both western and traditional. During the Mao era, the population increased from 400 to 800 million. The government acknowledged the crisis and in doing so took draconian measures to stabilise the national health problem, until further medical health specialists could be trained.

What the government did was to order all the revered Tai Chi and Chi Gong teachers to design programmes for the health of the general population. Those teachers that refused because they wanted to keep their techniques strictly within their families were made offers they could not refuse - teach or your families will be exterminated down to the last child or relative. A national programme of Tai Chi and Chi Gong was set up across the country.

Non emergency patients visiting hospitals with complaints from chronic illness caused by poor life style or overwork were directed to a nearby Tai chi or Chi gong practitioner.

This radical solution worked. Tai Chi and Chi Gong managed to keep health matters as stable as they could be, given the poor sanitation and starvation diet most lived with. For the Chinese to get through this very difficult period, from the mid 1950’s onwards, it is estimated that between 100 and 200 million people practiced Tai Chi or Chi Gong.

There are basically three types/styles of Tai Chi that a person can practice: Yang, Chen and Whu.

How the internal Martial Arts and chi Gung produce health

In China, the most popular view of internal Martial Arts is that they are primarily sophisticated Chi Gung systems for manipulating the Chi of the body for purposes of healing. The perspectives of traditional Chinese medicine and orthodox Western medicine differ on how to promote healing and relieve human suffering. Chinese medicine seeks to heal the body by balancing the energy flow within it, strengthening that which is deficient and reducing what is excessive. Among the therapies used to alter Chi imbalances are herbs, acupuncture, therapeutic movements (including those of Chi Gung, and internal Martial Arts), and therapeutic message. These Chinese therapies usually do not have the invasive quality and detrimental side effects at times associated with strong pharmaceuticals and surgery.

Chinese and western medicine also differ in methods of diagnosis. Western medicine checks for material changes in the body through a range of clinical biochemical and biophysical testing, some of which utilize highly technical equipment. Chinese medicine checks for how the Chi flows of the body are imbalanced, utilizing sophisticated observation techniques that can include pulse and tongue diagnosis, palpation, aura analysis and taking the patient’s emotional and spiritual Chi patterns into account. ( B.K.Francis) 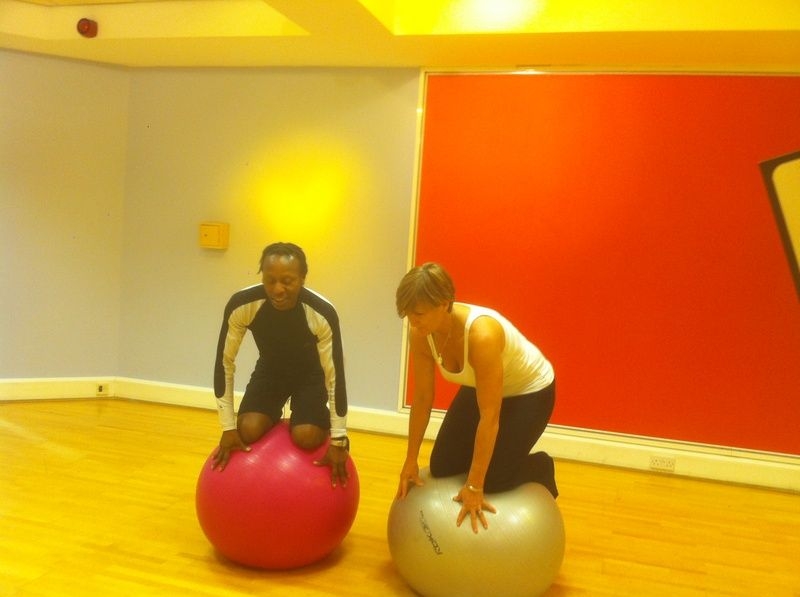 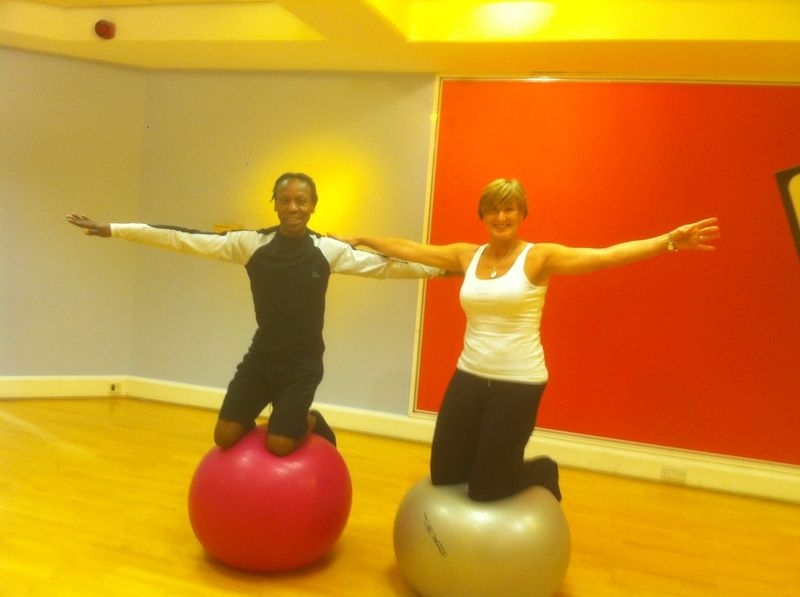 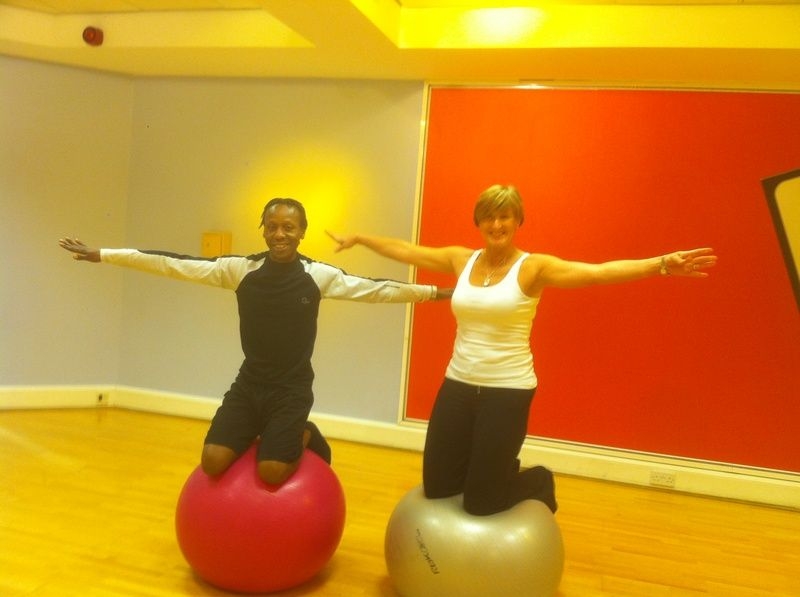 It’s a gentle, but strong “mind body” experience , for a longer, leaner shape.

Its great for all ages, shapes sizes, fitness levels. Both Men and women can enjoy the benefits of “pilates”.

Pilates is also a must for dancers improving balance and increasing range of movement.

Stronger abdominals and back

Reduces incidence of back pain

Much firmer leaner arms and shoulders

Whole body, global strength improvements, which you can not only feel but see too!!!!.

Dawn Mckevitt, has over 30 years experience in the fitness industry. Apart from lecturing, writing and assessing the Fitness Industries NVQs, her practical experience, competences and qualifications are extensive.

She is qualified to teach Boxing, Step, Pilates, Yoga, Spin Cycle, Aerobics, Aqua, Circuit, Zumba and this is only to name but a few, and obviously not forgetting Stability ball classes!

Dawn has written and delivered courses for David Lloyds staff and ran her own National Training Company, Active Training.

Her specialisms and those groups which she says she really really enjoys to teach are the blind, physically disabled and working with wheelchair based groups. She also finds time to run classes with Social Services offering free exercise sessions to those people in Trafford with mental health problems! She works closely with GPs, teaches cardiac rehab classes and classes for pre and post natal groups. PHEW!

Previously in partnership with Manchester United and Ashton On Mersey school, she played a part in the design, equipment and launch of Ashton On Mersey Health and Fitness Centre. Her company “Hi Tension Workouts” promoted, managed and maintained this successful health club which is still up and running today.

Her company “Hi Tension Workouts” had the contract for over 10 years in Trafford. This contract meant she had the responsibility for running the fitness side of over 6 of its leisure centres. With over 140 classes a week,. 60 instructors and an aerobics display team in excess of 75 people, she was certainly a very busy lady!

One of Dawn s claims to fame is that she became a National “super hero” for Sport relief - A competition organised by David Lloyd. Sshe collected such a vast amount of money for charity, that she received a gold medal for raising the most. She was invited to London, where she was presented with her medal by Sir Steve Redgrave and also had lunch with him! Dawn , mother of 2, states “It was not an easy task, I had to cycle a minimum of 114 kilometres, swim 2 miles, complete an “aerobathon”, a tennisathon, and then a 10 event gym based Decathlon”. She adds jokingly, “ needless to say whilst I raised thousands for Sport Relief, I nearly killed myself doing it"

She currently runs a gym in Flixton where she focuses mainly on Personal Training. She races her horse when she has the time, if not she rides for pleasure.

Dawn has proved many times that exercise cannot only contribute to us living 10 years longer, but it enhances and improves the quality and performance of our everyday life. The benefits are not just physical, they are psychological too. Regular exercise, whatever it may be, definitely gives you “the edge” in every way. The facts are that the physical and mental benefits are numerous and have no limits.

"Five years ago when my husband retired, we decided to learn to dance as an activity we could do together. We had both been advised to take up an activity to keep our ageing join..."

"My name is Sue and i am a salsa addict , thanks to my friend Alex . She invited me to go with her to salsa and i had a great night . Every year i go to spain to visit friends an..."